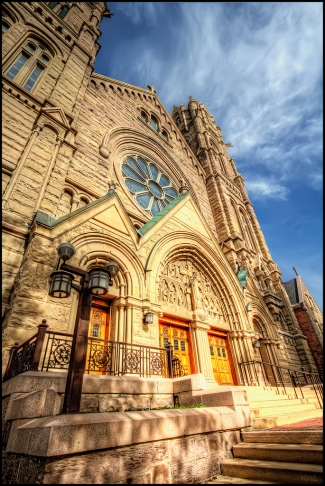 Led by The Right Reverend Lawrence Scanlan, Salt Lake City's first bishop, construction on the cathedral on South Temple began in 1899 and was completed in 1909. Architects Carl Neuhausen and Bernard Mecklenburg combined a predominantly Romanesque exterior with a Gothic interior on the structure. A $9.7 million renovation begun in 1991 substantially enhanced and strengthened the structure. The renewed building was rededicated on February 21, 1993, and the cathedral is listed on both the Utah and national registers of historic places.